Hi my name is jordan and this is my name tag as you can see by my huge name in the middle. On the top left corner it is interpersonal which means i like to be around people. In the top left corner it is bodily kinesthetic which means I like to express myself with sports and being active + dancing and anything involving moving… . in the bottom left it say naturalist which means i love being outside. In the bottom left it says logical mathematics which means i love too solve things with numbers and i like  to solve and figure out puzzle

People need to know that while the original single-player version of Fortnite battleroyal is a survival action game for PlayStation 4, Xbox One, Windows, and Mac, it’s the most popular game ever. pvp or person vs person mode known as Fortnite: Battle Royale. Fortnite battle royal is the biggest free game ever.

In fortnite battle royal the new season is super hero theme and there is a lot of new emotes, dances and skins. In the battle royal you can play in solo, duo, and squads and in each game you go into there is 100 people.

The game has a cartoonish style, and the violence is not bloody or gory at all and really you dont die you get teleported bact to the waitng loby. Even though you’re using melee weapons and firearms to eliminate opponents, the storm is shrinking throughout the game and it keeps going in too make you fight other people in the game until there is one person left.  Fortnite presentation emits a lighthearted tone.  Weapons, ammo, and health items litter it’s silly-named cities, all using alliteration–Tomato Town, Moisty Mire, Tilted Towers, to name a few. Even enemies don’t really die; they’re teleported away after getting knocked out. Valuable loot is found inside pinatas called supply llamas. Players throw up basic structures formed out of thin air and firearms brightly express their trajectory. But don’t let that first impression fool you; the further you get into a match, the more you see how Fortnite gameplay elements have to be used in clever and complex ways to emerge victorious.

Even though the game is free people still spend thousands of dollars. They like to spend this much money because they want all of the dances such as boneless, dab, and floss. There is also new skins coming out almost every two weeks. And some of those skins are John wick, omega, and valor. Just like skins there is also pickaxes and the reason is primarily because the fortnite has a very big lure, which makes the players of the game want too buy skins. 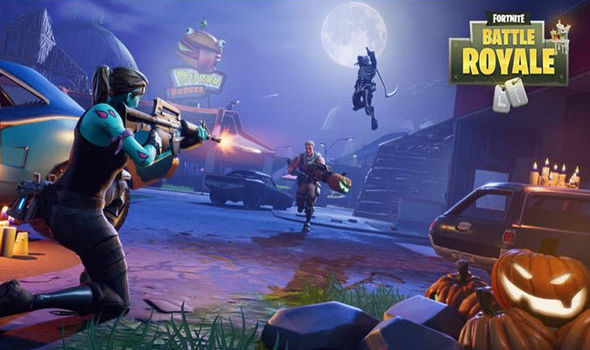